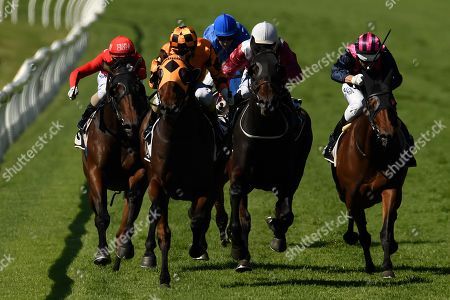 Cruze has continued his run of consistent form with a much-deserved victory at Doomben on Doomben 10,000 day.

Lining up in the BM 80 (1350m) early on the card, Cruze jumped well from gate 5 and found a comfortable position just behind the pace soon after setting,

Three runners back on the fence as the field swung for home, Cruze and his rider, Corey Bayliss, were in need of some clear running room upon straightening for the run to the judge.

With no room to his immediate outside when searching for a run on the outside of the leaders, Bayliss had to steer Cruze back toward the fence and it was here a split between runners appeared, one off the fence.

With 200m to run and open spaces in front of him, Cruze burst through to take the lead, finishing the race off with a strong effort through the line.