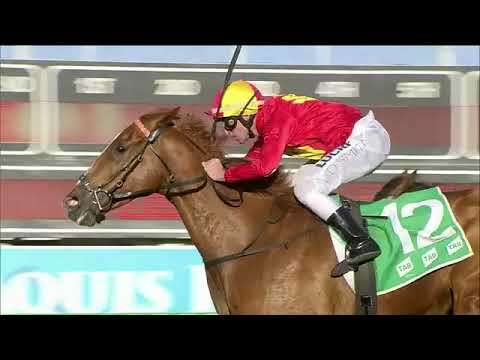 Fratellino has broken though for his first win since joining Barry’s stables earlier this year, to record a deserved win at the Gold Coast, today.

Lining up for only his sixth local start and having finished on the heels of the winner at this past two outings, the son of Dylan Thomas had been building nicely to a peak performance and it came in the NMW (1400m). A positive ride from the gates by jockey Dale Smith saw Fratellino land second in the run, three quarters of a length off the leader.

Heading for home, the big frame of Fratellino hit the front just inside of the 300m with Sky Lake, who had enjoyed a nice run in transit on the leader’s back, finding his way through to challenge on Fratellino’s immediate inside and race favourite, Alaskan Sun, winding up from midfield down the centre of the track.

Despite the challenges, Fratellino responded strongly under Smith’s urgings and continue to hold a margin of his challengers, eventually crossing the line three-quarters of a length to the better of his nearest rival, Alaskan Sun with Sky Lake third.

It was Fratellino’s sixth career win overall and capped off a great week for the stable, with two winners, two placings, and a fifth from five starters!