Cruze toughs out win on the Gold Coast 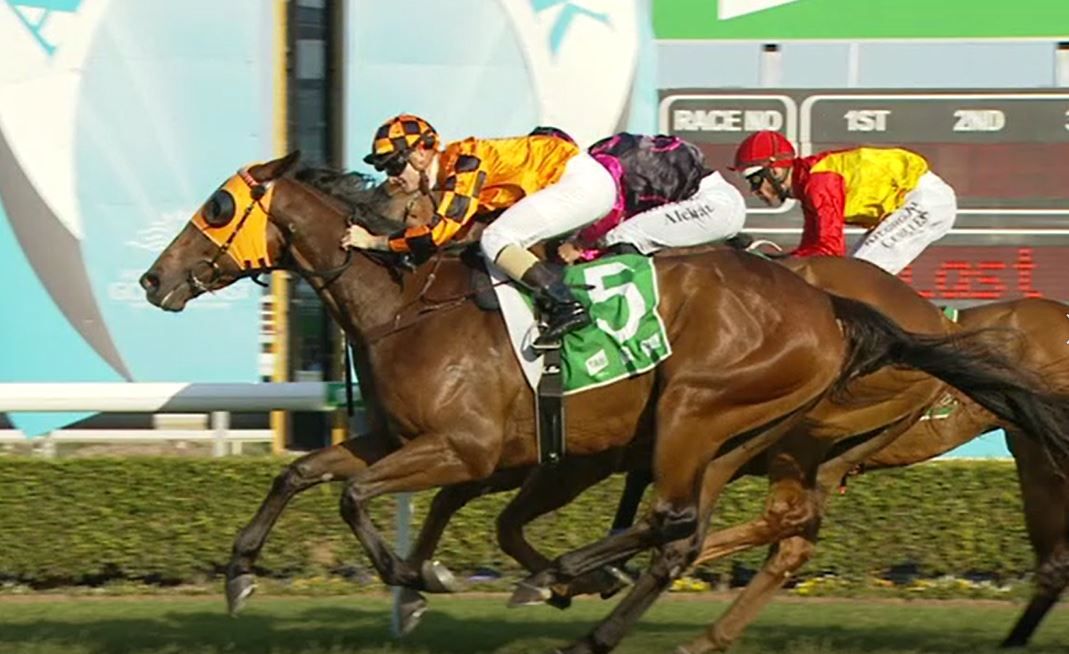 Cruze has secured sixth career win with a tough on-pace effort on the Gold Coast, today, winning the Class 6 Handicap over 1200m.

Jumping from the outside gate in a field of seven, race-day Jockey Anthony Allen bounced Cruze out of the barriers when the starter let them go, keen to take up a forward position on the race favourite

After the first furlong, Cruze was position second, outside of the leader and a half a length in arrears.

Passing the 600m Cruze was travelling well for Allen but as the field swung for home, the leader added to his advantage and travelled strongly in front, whilst Allen started had a length to make up and was being urged along by Allen to reduce the margin.

Cruze responded and begin to gradually reduce the margin, inch by inch.

Inside the final 100m it was evident that the finish was going to be a close one, but in the final few bounds, Cruze stuck his neck out to record a head, win.

Being only second up from a spell, the 5yo gelding with derive further benefit from the run, and has laid the platform to replicate his efforts of last campaign, which saw him sequence together where he registered three wins and two seconds, from five starts.