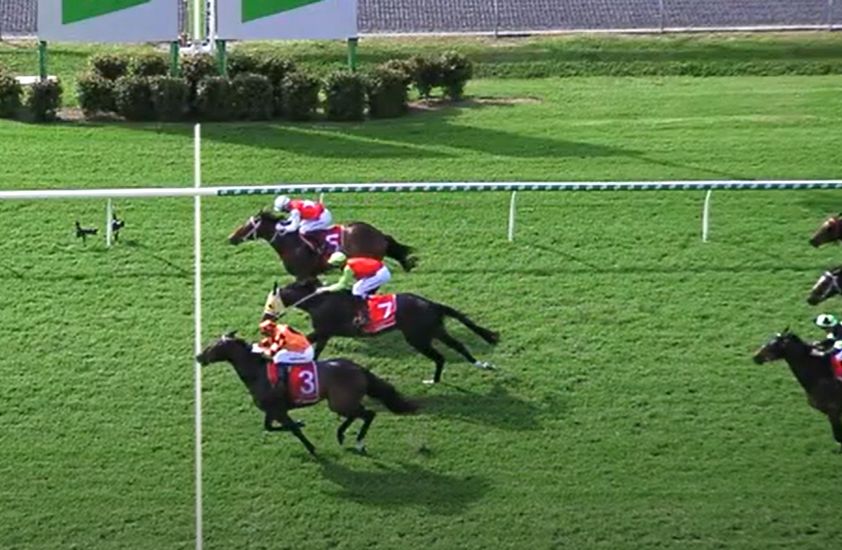 Flybridge has registered his Maiden victory with an exceptional performance at the Sunshine Coast, today.

After a pleasing return from a spell, which saw the 4yo finish just behind the leaders over 1200m at the Gold Coast, Flybrige was a popular selection for the 1400m Maiden, and the son of Verrazano, didn’t disappoint.

Jumping from the widest gate in the field of eleven runners, Jockey Sean Cormack, elected to take a hold of Flybridge as the gates opened, settling at the tail of the field as they worked through the first two furlongs.

Passing the 1000m mark, Cormack began to make ground along the fence, but with the field bunching as the raced to the home-turn, found himself in a precarious position, four back on the fence and in desperate need of some galloping room.

Looking for a run on the fence only saw Cormack and Flybridge found trouble, and with 300m left to run, the pair switched behind heels of the leading group, finally find the clear air required with less the a furlong to run.

Despite still being four length of the leader at this point, Flybridge began to extend and continued to eat into the margin, arriving right on the line to score a remarkable victory.