Invincible Gangsta gets the cash at Eagle Farm 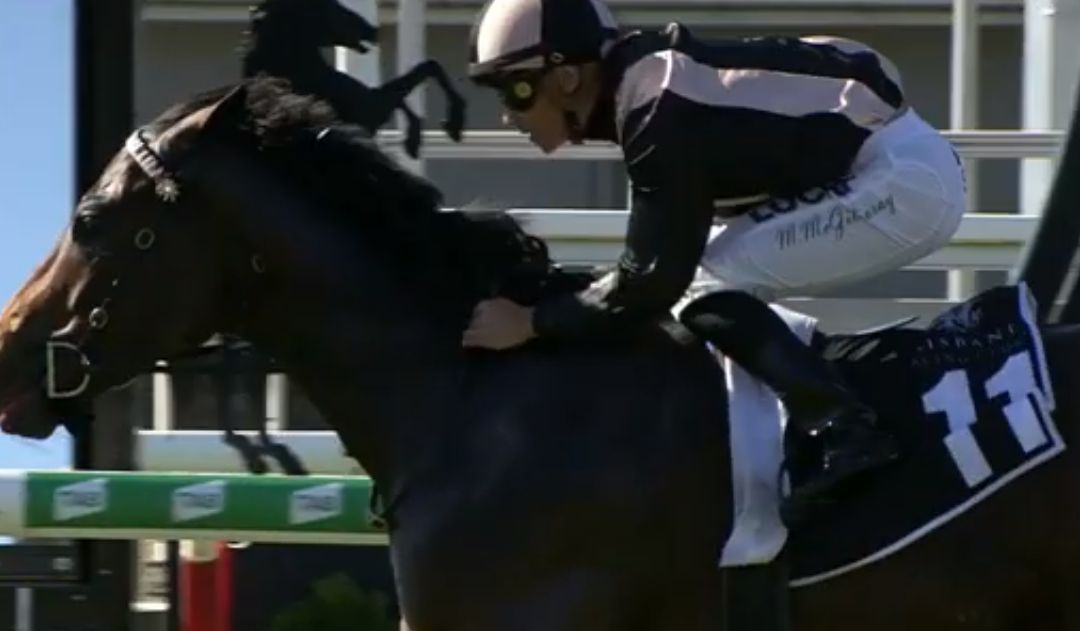 Having finished a narrow and unlucky second at his previous start, punters were confident the 5 year old gelding could go one better, supporting him strongly in the markets.

Jumping well in the BM85 (1000m), McGillivray was able to position the son of I Am Invincible behind the leading pair.

Under a good hold as the field turned for home, all that was required in the straight was clear running and that opportunity arose at the 200m when a gap opened between the leading pair.

Showing a neat turn of foot, Invincible Gangsta shot through to hit the lead at the 150m and quickly put a margin on his competition, finally crossing the line with two and a half lengths to spare.

It was Invicible Gangsta’s fourth career win, taking his career earnings past $150,000.00

THE SMILING ASSASSIN - Jockey Matty McGillivray is riding in fine style and caught up with @bernadetecooper after Invincible Gangsta scored @ Eagle Farm @RaceQLD. Don't forget to download the new Sky Racing Active app to get race replays on demand... pic.twitter.com/8yz0Y1JiLA