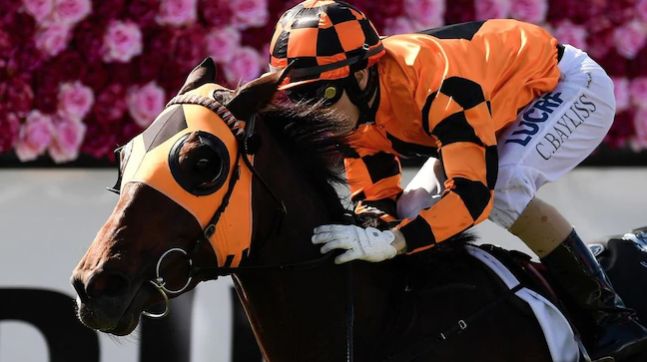 Cruze has set a new benchmark for the Eagel Farm 1400m journey, recording a track record time of 1:21.30 in winning today’s Class 6 Handicap.

It was Cruze’s second win from three starts this campaign and fifth victory from his last eight outings.

Ridden by Stephanie Thornton, who was able to claim 1.5kgs of Cruze’s alloted 59kgs, Cruze was perfetly placed throughout.

Jumping away from the inside gate, he was handy to the lead but as the pressure for the lead continued, Thornton settled Cruze into a beautifully trailing position, fifth on the fence, just off the pace.

Travelling well as the field straightened for home, Thornton spotted her opportunity as the leader drifted away from the rail, presenting a perfect run for Cruze to take advantage of.

With 200m to run Cruze was in third position and closing on the leaders – 100m to go he had joined them and in the final run to the line, established a margin by producing a strong final sectional and winning by a just over a length.

Cruze has proved Barry Lockwood is on Santa’s good list with a win in the 7th with Steph Thornton 🎁🎅🏼🏇🏼 #bneraces pic.twitter.com/inmmZrn2LH