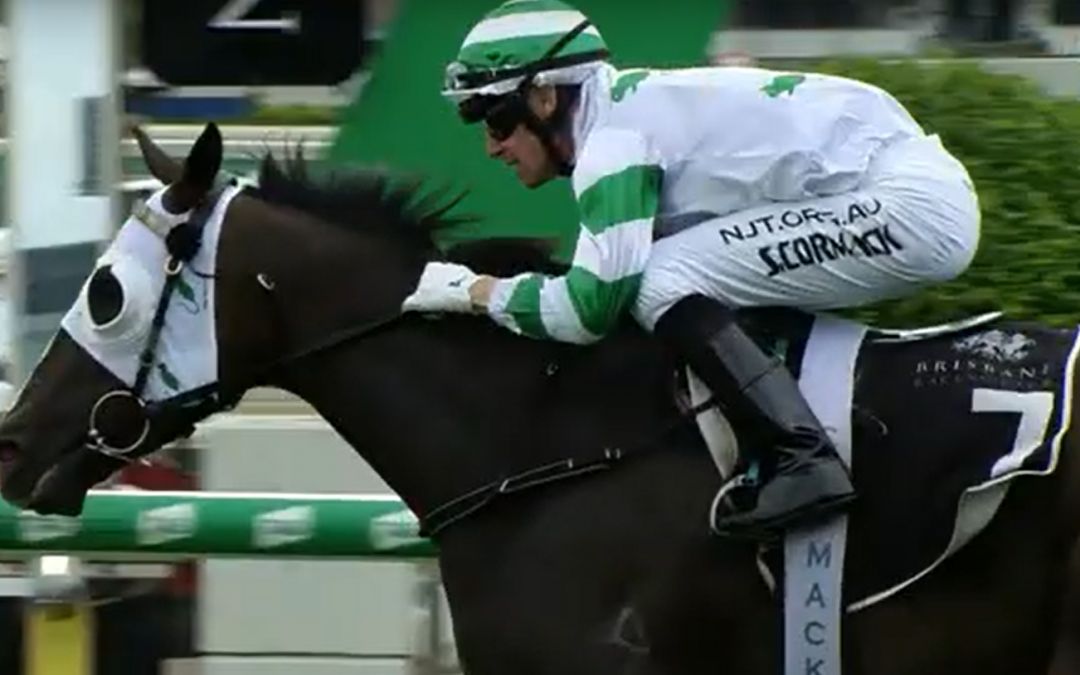 Recently new stable addition Watch The Cat has made it two wins from as many starts since joining Lockwood Racing at the end of last year.

Previously with Scone Trainer, Scott Singleton, Watch The Cat won a 1500m Class 4 at Eagle Farm first up on the 21st March, followed by a dominant win in the same class today, over Doomben’s 1615m  trip.

The 4yo Time Thief gelding drew the widest gate in a field of ten and was restrained at the start as the jumped together as one.

With a quick run to the turn into the back-straight, Jockey Seam Cormack spotted an opportunity to slot in one of the fence, settling Watch The Cat just off midfield as the field past the 1200m, mark.

Galloping down the back straight, Watch The Cat travelled comfortably for Cormack, the pair maintaining their position until take closer order as the field bunch, and the pace increased, leaving the 600m behind them and heading into the home turn.

Peeling out five wide as the field swung for the run to the judge, Watch The Cat quickly joined the leading group, and just as quickly, went on by.

Hitting the front inside at the furlong marker, it was a comfortable watch for connections and Watch The Cat and Cormack, maintained their advantage of their rivals, winning by a one and a quarter lengths.