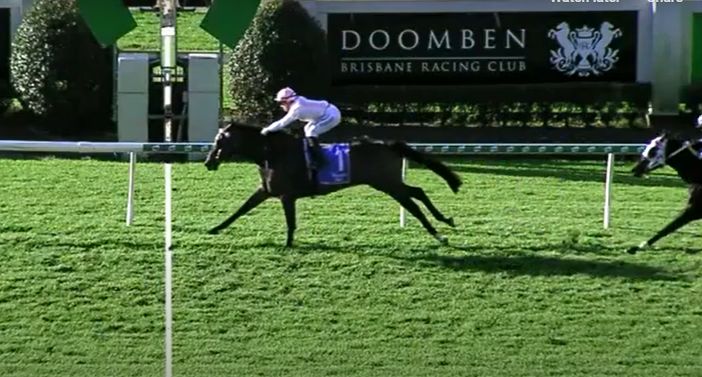 Veteran galloper Fiery Heights took advantage of a track bias to leaders and landed some big bets in winning the Canadian Club Open (1200m) at Doomben.

Backed from $7 in Wednesday morning markets to $2.80, Fiery Heights crossed from the outside barrier to beat Star Reflection ($6) by 2-1/4 lengths.

The gelding was the fifth leader in seven races to win on a track showing a significant advantage to horses racing on the pace.

Trainer Barry Lockwood said Fiery Heights had been hamstrung by wide barriers at his four previous runs following a spell.

“He has been running in black-type races and seeing a lot of the outside fence,” Lockwood said.

“He had the outside barrier again but was a long way down in class and he was always going to lead with only 57kg after (jockey) Maddy’s (Wishart) 3kg claim.

“That was his tenth win and it encourages me because he is a pensioner like me. It showed he still has a win or two left,” Lockwood said.